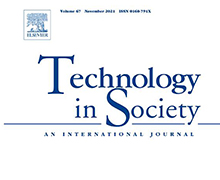 Text mining as a tool for real-time technology assessment: Application to the cross-national comparative study on artificial organ technology 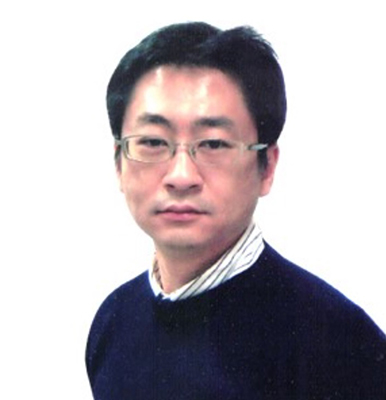 This study suggests that the integration of sociotechnical systems (STS) and media big data analysis with text mining provides a powerful tool for real-time TA, overcoming the Collingridge dilemma. Real-time TA is a method that employs a reflexive approach to TA and integrates it with R&D activity. Instead of assuming TA's perfection, it emphasizes the incremental process of solving existing problems confronting both the R&D enterprise and society (Guston & Sarewitz, 2002), focusing on the unpredictability of technology's societal impacts. This research suggests that using media big data analysis from an STS perspective can be a standardized methodology for real-time TA.

The research team chose artificial organ technology as an example of real-time TA using the media big data text mining method. We chose eight countries to study: China, France, Germany, Japan, Korea, Spain, the United Kingdom, and the United States. According to STS theory, each country is subject to a unique sociotechnical regime that determines its technological trajectory (Geels & Schot, 2007). The study used patent analysis to determine each country's current level of technological development and strength in specific technologies such as stem cells, xenotransplantation, and so on. Then, the top two newspapers in each country in terms of readership at the time of data collection were then chosen to collect media data. Initially, the search keyword for media data collection was only 'artificial organ technology,' but it quickly became clear that the phrase 'organ transplantation,' as well as the specific name of each organ, needed to be searched in order to secure a meaningful dataset.

Figures below depicts the multidimensional scaling clustering of media topics for eight countries. The topic clusters show discourse structures for countries regarding organ procurement, transplantation, and artificial organ research and development (R&D) activity. Structures are observed by the distance between topics and the position of important topics. Discourse structures of eight countries are classified into four distinct types. The distinction is made by the following criteria that: (1) whether they appear as a discourse combined with procurement and science regime; (2) whether industry regime is identified; and (3) whether a topic cluster is related to the culture (policy) regime where it is concentrated

1st type: Spain has a central topic cluster and is in a balanced position. Electronic assistant devices and xenotransplantation technology are at the center of the topics and maintain balanced distances from other topics such as R&D, donation story, and institutional arrangement (an opt-out system for organ donation).

2nd type: US and UK show a slightly inverse V-shaped structure, in which the discourse on organ transplantation centers around the R&D cluster and organ supply. Despite being the most technologically advanced country in the artificial organ sector, the U.S. and the U.K. are distinguished by a clear separation of the discourse on procurement, science, and culture (policy). This structure suggests that the two countries have a relatively conservative attitude toward practical use in clinical practice, despite the fact that the two countries are well positioned to develop innovative artificial organ technologies.

3rd type: media discourse is dominated by organ supply and donation, as well as a distinct cluster of R&D. Germany, Japan , South Korea, and China belong to this type. The similarity in their topic structure, however, is less important than the similarity in their topic content. The practice of organ donation varies by country, and for those four countries, organ donation is not part of a dominant national culture.

4th type: France demonstrates that each topic cluster is dispersed throughout the space and has an unusual structure. The experiment of an industry player – namely, Carmat's artificial heart transplantation – has given rise to topics such as artificial heart transplant failure and institutional responses. All other topics are dispersed and discussed separately. Nonetheless, the discussion of artificial organs revolves around Carmat and demonstrates characteristics associated with procurement. 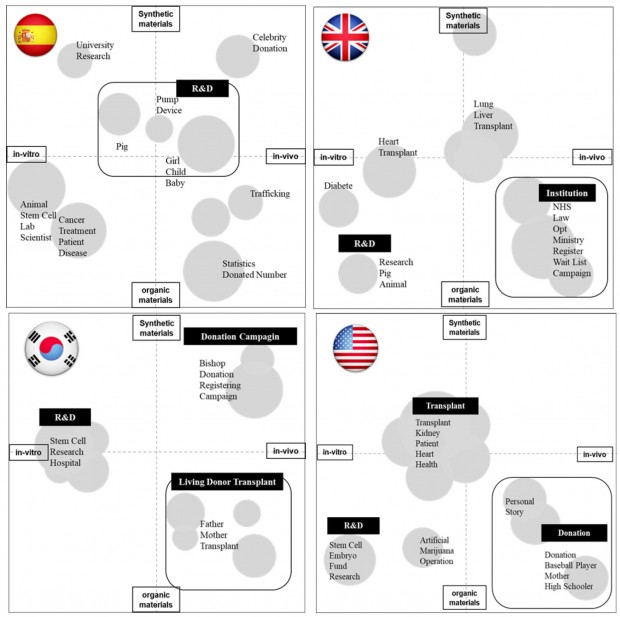 To summarize, this study proposes a standardized methodology for incorporating STS into big data analysis in order to overcome the anticipation and control dilemma, which is inherent in TA. The study illustrated the differences in sociotechnical regimes of artificial organs between eight countries and conducted real-time TA using the STS framework and empirical media big data analysis. Indeed, because the study is part of the South Korean government's official TA, the effectiveness of the methodology is compared to traditional TA: spending 23% of the budget, 25% of the time, and 14% of the work hours.